This article is a stub. You can help OFF Wiki by expanding it.

Mortis Ghost (Martin Georis) is the creator of OFF. He is happy to communicate with his fans, and frequently answers questions that they ask about the game.

"A nice game for cute children".

"Somewhere over the rainbow..."

A drawing of Sugar depicting her knee-deep in water. 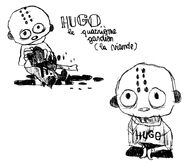 "The fourth guardian (of meat)".

A drawing of Japhet with hands exiting the mouth of Valerie in a similar fashion of a Burnt's smoke fume. 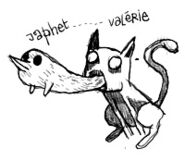 Japhet exiting the mouth of a deceased Valerie.

These depictions of Japhet were later used as in-game sprites. 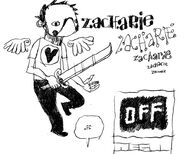 Zacharie with wings and a sword. 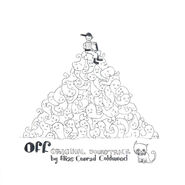 Artwork for the game's soundtrack.

The Batter wielding two bats with the Queen above him. 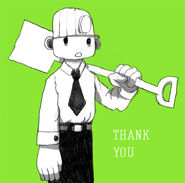 A picture that Mortis Ghost drew to thank everyone for buying things from his shop. 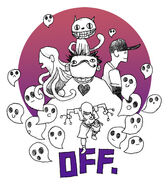 An image depicting the main characters of OFF (including Sugar, strangely). 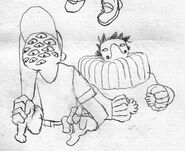 A drawing of the Batter with many eyes and Zacharie with a large sweater neck. 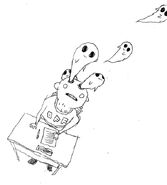 A piece of artwork displaying a group of Spectres emerging out of holes from a student's head.

A comic created by Mortis Ghost of the Batter purifying Spectres from an Elsen's house.

A comic created by Mortis Ghost of the Batter purifying Spectres from an Elsen's house. (Translated Version)
Add a photo to this gallery
Retrieved from "https://off.fandom.com/wiki/Mortis_Ghost?oldid=11809"
Community content is available under CC-BY-SA unless otherwise noted.